The first six months in LA

Two years on: the first six months are the hardest

We’re in the thick of the first semester and it’s getting harder to work out what’s for dinner each night and we’re struggling to get up in the morning.  Isn’t that a sure sign the novelty’s worn off and you’re in normality?

It’s a lot easier this time around than two years ago–our first six months in LA–though.

It’s nearing the end of October and it’s still so warm.  Despite this everyone here seems to be very excited about “Fall”.  I’m not exactly sure why.  It could be the cooler weather (well that’s not happening), the smells of Fall like cinnamon and fires (that’s not happening either) or the prospect of a little rain (nope, still not happening).

I’ve started noticing people on the East Coast dressing up and the Coats starting to come on and the magazines are filled with darker colours.  But here in LA the only thing that’s not playing the game is the weather.

I don’t get the Fall love.  It feels more like Spring to me (apart from the leaves falling from the trees).  It’s still warm and probably has more to do with the fact that I’m intrinsically trained to think that September and October are the Spring months.  I don’t know, maybe it’s a wavelength thing.

When we first arrived we didn’t want the weather to cool down as we’d just come out of an Australian winter (yes it’s mild but still winter) and the prospect of back-to-back winters was not something I was looking forward to—no matter how mild they were.

It’s time to continue with my series on looking back at our first couple of years here.  I left you having found a place to live and the kids accepted at a private school here in LA.  All was going well until reality set in.

It’s so true of moving anywhere that the first six months are the hardest.  But you’d think a girl from Sydney moving to LA—California—with a few moves under her belt would not have such a tough time.  Right?  Wrong.

Let me tell you the first six months are the pits.  The honest-to-goodness pits.  Then they can be exhilaratingly good: everything is new, life is an adventure and things as simple as grocery shopping can be a challenge.  I was used to that in China but not America—land of the ultra big supermarket.  But when I had to buy bullet chilies for example, I had to go to an Asian grocer because they don’t sell them at the normal supermarket.  That’s right, all the chilies are Mexican.

So then the challenges become nightmares.  The glass half full starts to look more empty.

Even things like paying bills I have to think twice.  No more BPay or Direct Debit.  I’ve caught myself a couple of times saying, “how do I pay you?” to which the response is generally always, “Well I take a check,” yes not a cheque.  That means I’ll have to go to the Post Office and buy stamps.  Such a foreign concept for me.

Anyway, It’s true the most important thing to do is to find a school and somewhere to live.  But once you’ve moved in, done a bit of sightseeing and getting around … then what?

So I started going to visit different areas checking them out, taking photos and posting lots of “cool” stuff on Instagram.  But there’s only so much of that you can do.  On your own.  We all go through it.  And we all get over it.

I remember hearing about some women in Shanghai living far out in the “suburbs” feeling lonely and depressed.  If I felt lonely and depressed and I live in the middle of Beverly Hills—with a car to drive myself around and a working internet connection—it’s a wonder they survived their long weekdays.

That’s why you can’t write this post at the time.  No, you need the benefit of “I live to tell the tale” behind you and a bit of perspective.

I remember the first time I went to school to the Orientation, the Welcome BBQ and even to pick up the kids in carpool I was feeling very intimidated.  I imagined everyone being rich and groovy and famous.  If not then they’d look like something out of Housewives of Beverly Hills.  I thought I’d be the beached whale—helpless out of water and a little larger than my LA counterparts.

Last weekend–two years on–I volunteered to help at the school’s Open House and if I wasn’t comfortable with my place at school by then, I am now.  Granted they’re not in yet but there were some interesting looking people.  Why do we always doubt ourselves in a new environment?  Why can’t we—I—back myself and be confident I would fit in?

Scattered amongst some rather good-looking people were fat people, skinny people, daggy people and just plain weird people.  I actually started to think that I fit into LA life better than some of these people.  How’s that for a turnaround?  And, I wonder if the family that came in matching-coloured tops—five of them—and daggy footwear will get in?

It’s true as a family moving into 90210 and finding ourselves at a school with well-known identities we’ve done our fair share of Googling.  What did we do without it?

I don’t remember if I’ve mentioned it before my daughter is friends with the son of arguably one of the most famous people in the world, certainly one of the most successful.  She’s recently told us that her friend is obsessed with Mr H’s company and thinks it’s the coolest thing in the world.  And, in an interesting turn of events he was telling her how he’s been Googling Mr H.  Wow, Mr H being Googled by said famous offspring.  How funny.  It’s all about perspective.

What else do you need to know when moving to LA?

Back to those first few months.  The most frustrating thing would have to be …

When Mr H tried to connect up to our Direct TV “cable” service there were specials on at the time.  Ready to go ahead he found out that our price would be higher than the advertised special price.  Because we had no credit rating.

Same thing when we went to open our Electricity account.  We needed a giant deposit because we had no credit rating.  Aren’t they supposed to help people with no credit?  Isn’t that discrimination?

Everywhere we turned it came down to credit.

Luckily, with a Citibank account in Australia we were able to open up an account in the US.  And, once Mr H said he’d get his salary paid into the account we could open a credit card.

To this date I don’t really have any accounts in my name—something I should seriously try to do.

We were also lucky we could get a car—actually two.  That was thanks to BMW recognising that Executives tend to move around so if they’ve previously owned a BMW in another country they’ll take a look at you.  Thank you BMW!

Two years later and I’m still tossing up whether or not to buy a house here.  The good news is we can get a mortgage, the bad news is we need a sizeable deposit.  And they still look at your bloody credit rating. The rate they give you actually depends on your credit rating–the better your credit the sweeter the deal.  The lower your credit rating, the higher the interest rate. Wow, way to go America, nothing like being supportive and helping those trying to get ahead in life.  Keep the poor downtroden and the rich richer.  OMG. Granted ours is better now but the fact that we’ve only had a credit rating for two years tends to go against you.  Go figure.

I’m off to keep Googling.  Who knows? Maybe my daughter’s friend will start Googling me and subscribing to this Blog.  That’d be cool—so long as he tells Chuck Lorre he loves it.

Enjoy the rest of your week. Happy Fall! 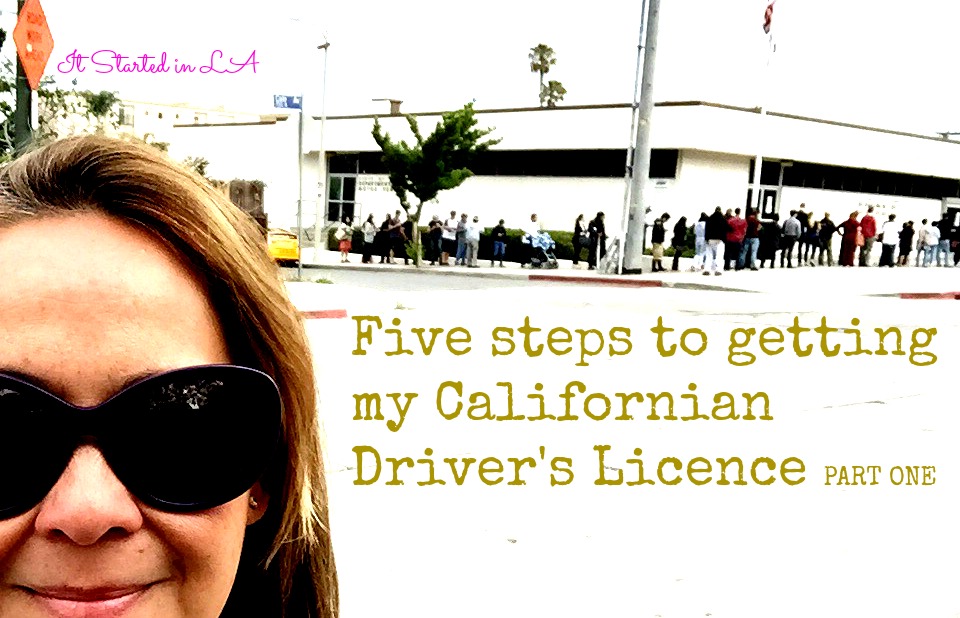 Getting my Californian Licence–part one (written test) 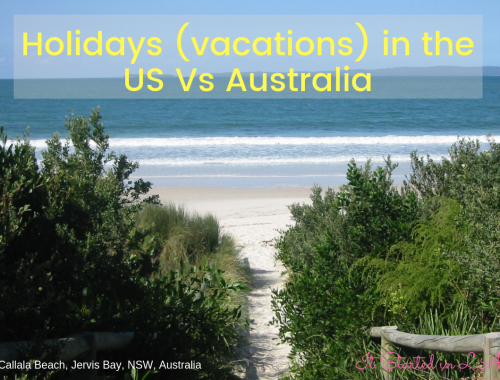 Holidays (vacations) in the US vs Australia 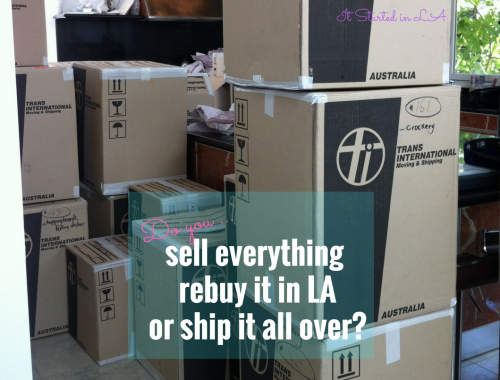 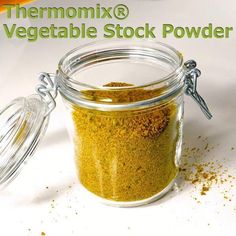