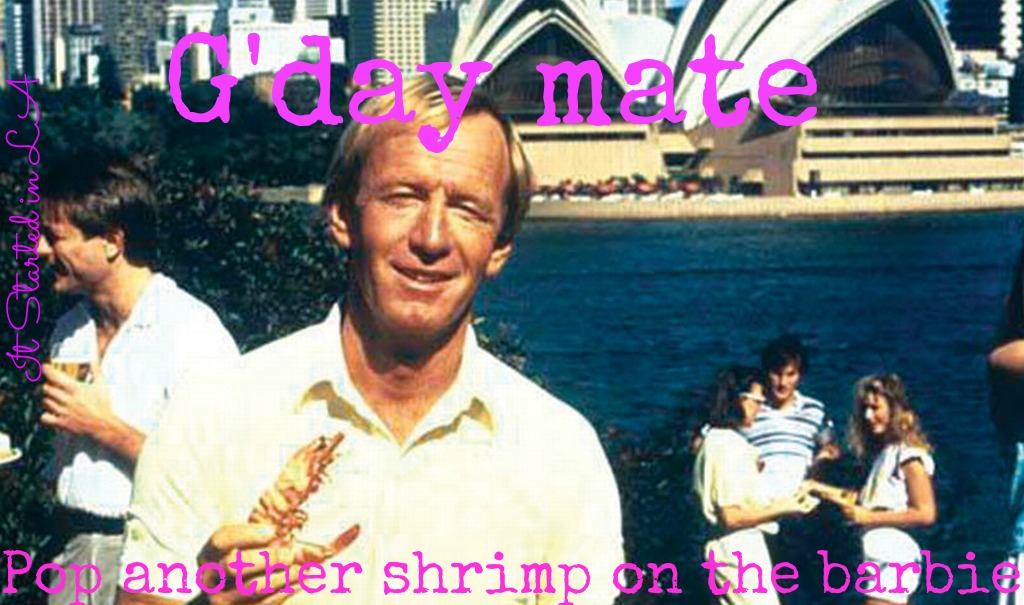 The Australian accent makes us cringe but the Americans love it

My daughter and I were at the hairdresser—she was getting her hair done and I was getting my brows done. There was a guy next to me talking about what he’d been up to. He had been shooting on the East Coast, jamming with some old band mates and had some stories about seeing Paul McCartney or Elton John or insert some other mega rock stars name.

Having a couple of rock star dads at our school I was listening but not as intently as I would have been a year ago (when I was all starry eyed and simply COULD NOT believe one move could me zero to one degrees of separation from my favourite rock acts.  Do I need to remind you–or skite–that I’ve had the pleasure of speaking to two mega rock stars now?).

Then he got talking about his next project. Everyone in LA has a “project”. It’s the thing. Generally everyone’s working on a project, has one in the pipeline and is talking to someone else about making the third project closer to reality. These projects are also best discussed at breakfast, lunch or dinner.

So he says, “Yeah, I’m headed down to Australia and I’m shooting in BrisBANE (pronounce bain in this case not bun in a kiwi accent), going to Central Australia and down to Tasmania.”

“Dude. How do I talk to these people?” he asks his hairdresser (who he’s obviously known for a long time). “Do I say, like, G’day mate? Let’s put a shrimp on the Barbie. Will they even understand me?”

That seemed about the right time to pipe up and so I said, “Should I come clean now?”

“For starters we don’t say shrimp, we call them prawns”.

“That’s what I’m talking about dude, will everyone laugh at me when I speak, like, American?”

“Mate, they’ll laugh at you more if you try to speak Australian.”

I could have been mean and set him up and told him Australians would love it if he did a bit of research in the different words we use and then localised his language accordingly. But I couldn’t do it—and I told him as much.

It’s true though, we can Americanise our speaking because we know what words Americans use instead of ours–like shrimps and prawns; or ride and lift.  There are moments when I could be speaking Mandarin my friends don’t understand a word I’m saying.

A really nice guy, but this is something that happens in America, not so much in Australia—you just strike up full-blown conversations with strangers. A hairdresser is one place but I’ve seen, heard (and had) conversations in the Post Office queue, at the supermarket and in the middle of the street.

I think that guy just wanted to show off his lousy Australian accent (let’s face it Americans just cannot do an Australian accent—remember Meryl Streep, “A dingo’s got my baby”?). I’m told we’re not that great either and that you can tell when you’re putting the accent on.

Lately I’ve been stopped and asked to talk so they could listen to my accent—a bit like seeing a cute dog in the street and asking them to sit???

But it’s all well-meaning, they’re naturally curious and friendly and despite being so Americentric they are interested in other parts of the world.  And they’re especially interested in Australia: “I’ve never been but I want to some day.  It’s just so far”.

When that crazy, loud American is in our part of the world, don’t take five giant steps to take a wide berth. They actually enjoy meeting people and talking to others about their lives. You might surprise yourself and find you have more in common than you think. Call it your good deed for the day.

But if they’re the Jerry Seinfeld variety with bright white runners and jeans feel free to take the wide berth. We do here too. 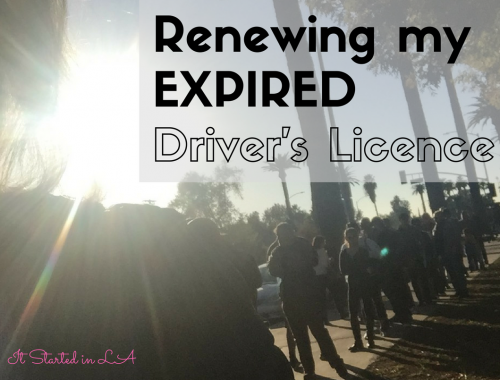