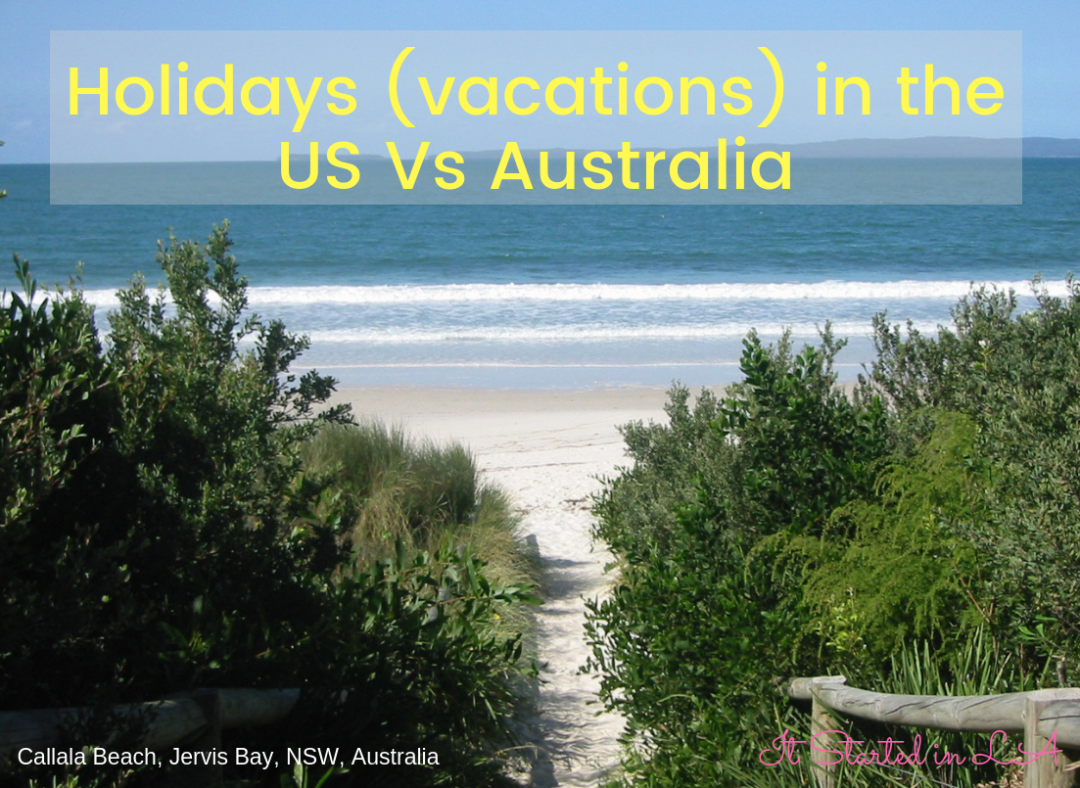 Holidays (vacations) in the US vs Australia

It’s true, there’s an ulterior motive to this post and the timing is no accident. What’s the difference in holidays (vacations) in the US vs Australia?

I’ll tell you want the difference is–long weekends. They are conspicuous by their absence.

I’ve talked before about the differences between Australia and the US when it comes to Easter. And, if I’m to expose myself this is precisely the reason for this post today.

I get extremely homesick at this time of year. You see in Australia Easter is a thing–a very big sacred thing. An ode to a long weekend sacred. We Aussies love our long weekends and Easter is the penultimate long weekend. Yep, it’s our longest legitimate time off work with Good Friday and Easter Monday recognised as sacred days. And, on Good Friday really nothing much is open. I remember when I was growing up nightclubs would turn on their lights at midnight Easter Thursday and we’d all have to go home as they had to close up their doors until the same time Saturday morning. Many pubs weren’t even open. Shops definitely weren’t open and you could barely even get a corner store open.

Easter is also one of the last times of the year families could roadtrip off to the beach to get the last breaths of summer–traffic would be unbearable but you’d do it anyway. And yes, that meant an even longer weekend as we’d leave early Thursday morning or even Wednesday night just to avoid fellow holiday-makers.

Alas this year I’m even more in the doldrums because my son is now at College (Uni) and my daughter is going to visit him. Being a normal working week my husband is flying out Sunday night even forgetting it was Easter. What sacrilege.

Then you get the bonus of Anzac Day. This year the Easter long weekend finishes with Easter Monday and then straight up Thursday it’s another day off for Anzac Day . So, you may as well take the week off. Or at least take another long weekend–Thursday to Sunday, bonus.

Christmas is almost–almost–a blimp on the calendar here. It’s just another day really. No Boxing Day or Christmas Eve festivities.

To be fair it’s not a day we tend to stick around for–it’s that depressing. We have been opting to get away so it feels more like Christmas. Fancy having to work the day after Christmas!

Actually, in Australia many many companies have a forced shutdown between Christmas and New Year because most people choose not to work and the ones left behind are so unproductive anyway.

A fellow Blogger, Bright Lights of America, wrote recently about questions us Aussies often get asked about us being here.

On a Twitter feed a few of us discussed our favourite questions asked of us. One of the most popular is: Do you celebrate Thanksgiving in Australia?

Now I’m pretty sure Thanksgiving (the truth behind …) is taught in schools. So given it’s about the Pilgrims and their harvest, I’m not sure why we’d care thousands of kilometers (miles) away in Australia. Harsh but true.

But at least Americans get a four-day long weekend over Thanksgiving. I’d be giving thanks too as I get to roadtrip along with the millions of others who use Thanksgiving as a time to get together with their families so much more so than even Christmas.

I’m too lazy to count them up but not every “holiday” here is a day off work. To be fair, there are a lot even for Australian standards (Valentine’s Day is a holiday–case in point). My husband’s work give floating days so they get to decide which days they work and which days they come in. Only some of them like Labor Day and the Fourth of July are days where everyone takes the time off. I don’t know, it’s weird.

Here’s an article I found explaining holidays in the US.

In Australia it looks like there are roughly the same number except it feels like everyone is off at the same time.

Then of course there’s the real reason holidays in Australia are so much better. It’s called four weeks are better than two.

Of course many employees here get more than two weeks if they’ve been at a company for a while. And, many people in Australia choose not to take all four weeks. But, big but, they’re there if you want them and need them.

That’s it, a whole post about holidays especially because I wanted to whinge and wallow in my own self pity that this weekend isn’t going to be a four-day long weekend. Next year I think we’re going to have to take it. Just because. Culture.

Happy Easter to you at home, 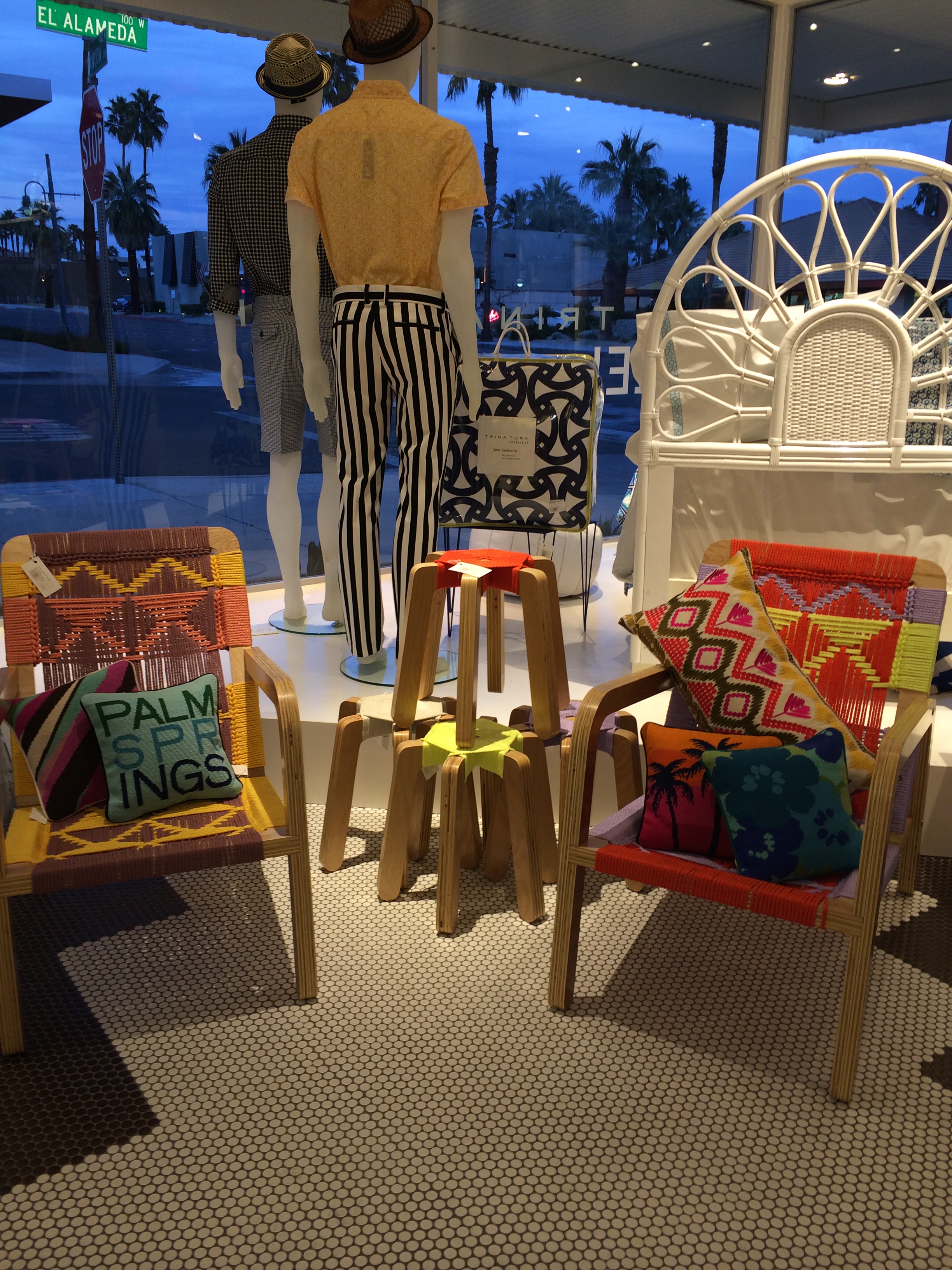 Celebrity spotting a sport in LA