I’ve got a (good) feeling about 2018.  I think it’s going to be a good, good year. And if that line reminds you of a popular song you might well be right. I’m singing it as I type and it’s a clue to what’s coming up.

But first I’ve got to say I had the best break. We went home for Christmas this year–which we don’t usually do–and it was so good. It was especially good to head home to Melbourne and catch up with some old and dear friends and just hang out for a while.  Thanks to our special friends for putting time aside in their busy holiday schedules to catch up: it meant the world to us.

It’s true us Aussies associate the end of year Christmas break with summer holidays: It’s summer in Australia, school is on break for around 6-8 weeks and the Christmas/New-Year period is a great time to unwind with many offices and workplaces closing down between Christmas and New Year.

And, in Australia as with many other parts of the world (just not America or China), shops are closed on Christmas Day and New Years’ Day (they should really be closed on Boxing Day too.) So it actually feels like a real holiday.

But for us, that’s exactly how it feels–normal.

But imagine my shock yesterday at the post office when I was posting some sneakers for a friend’s son.  I casually said I hope it’s not a Christmas present (referring to the urgency of the package).

The very friendly guy asked when Christmas was in Australia.  I thought I was hearing things so replied quietly, “The same, in December.”  It’s also not unusual for people not to celebrate Christmas in LA so I thought maybe he was one of those people.

“Oh wow, but it’s summer there isn’t it? How do you celebrate Christmas when it’s summer? I just expected it to be in the middle of the year.”

He had a very, very hard time coming to terms with–much less picturing–Christmas being in the middle of summer.

Fascinated he continued, “What does Santa wear?”

He was most intrigued! So of course I had to tell him about one of our favourite Hi-5 songs, Santa Wear Your Shorts.  That seemed to appease him.  Somewhat!

I hope you clicked on that link and enjoyed a sing-a-long like I did.

Back in Australia Christmas Eve tradition has it that you watch Carols by Candlelight while you drink eggnog (or wine) and wrap presents preparing for Santa’s arrival. The kids go to bed once Hi-5 has come on.

(For those non Australians Hi-5 was/is a group of kids brought together not dissimilar to the Wiggles. They had a show on TV which we were utterly addicted to. It had puppets, singing and a bit of good old educational value for the pre-school kids. They also put on sold-out concerts which we’d go to–and loved!).

Until last Christmas Eve I forgot all about that. One of the most fun days/nights I had over Christmas was singing Christmas carols with my sister-in-law and reminiscing with kids about Hi-5 like it was yesterday. Seriously, where has the time gone?

But the thing about Christmas in Melbourne (as opposed to Sydney) is that you never know if it’s going to actually be hot or cold.  You can get cold days in December. And there’s always a chance it might rain.

That always makes it hard to decide if you’ll set the table inside or outside.  That’s called a first-world Australian Christmas problem.

So, you see, just because it’s summer, doesn’t necessarily mean Christmas Day will be a hot one.  You hope it will be so you can sit outside and enjoy the sunshine.  And that’s Christmas to us.

Now it’s the new year and we’re back home.  This is the third year we’ve had a New Year’s Eve party at home and it’s becoming quite the tradition.  I grew up with my parents always throwing a party so it’s a tradition that’s dear to me.

This year, while we were down a couple of regulars, it was our biggest yet.  Being an expat in LA isn’t the easiest thing. But having fun, close friends around me made me realise how lucky I am to have them.

That’s the perfect segue to New Year’s Day.  A few years ago we were invited to a friend’s house. It was very spur of the moment as her mum decided to cook some Black-Eyed Peas (we’re not talking the Band) and have an impromptu afternoon/evening with friends.

You may recall if you’ve been following on for a while that was the time we almost went head-to-head with Beyonce & Jay-Z. Still one of my personal highlights as we’d flown in from Miami that morning and it was a sign we were back in LA. Maybe also the fact Mr H wouldn’t move and good old Jay-Z reversed down the narrow road for us to get passed him.  The dead giveaway was when I got my phone out to google Jay Z and Beyonce immediately bowed her head and covered her face!

What I didn’t realise though, that I do now, is that the Southerners have a tradition on New Year’s Day. A tradition and a superstition.  To start the year out they eat a meal of Black-eyed peas, collard greens and Ham.  All good except up until a few years ago I didn’t really realise black-eyed peas were a thing other than a band/group.

And, I wondered what on earth collared greens were. Could it be a generic name for green-leaf vegetables. Is there some significance to the “collar?” Was there something I was missing?

Apparently there was. There is no collar on those greens but it is a generic name of sorts.  Collared greens are in fact collard greens.  Learn something new every day!

This year we were lucky enough to be invited to our in-laws place (my son’s girlfriend’s family) to ring in the new year with the good luck-/health-/fortune-bringing meal.  We had Bloody Mary’s, a beautiful meal and played some games.

(On a side note we played lifesize Jenga Australians versus Americans and for the third time–or is it fourth–the Australians won. Pressure’s on next time for sure!

Here’s a sneak peak at the deliberation of which Jenga block to remove to avoid the spill!

Didn’t get the moment of tumbling but here’s the concentrated deliberation of which Jenga block to take away. Story in the Blog soon!

And, I have it! Footage of the Jenga fall. Aussie win!

Yep. The Jenga collapses. A win for the Aussies! Thanks Olivia Lambert for the footage!

And let me leave you with the meaning of those meals. 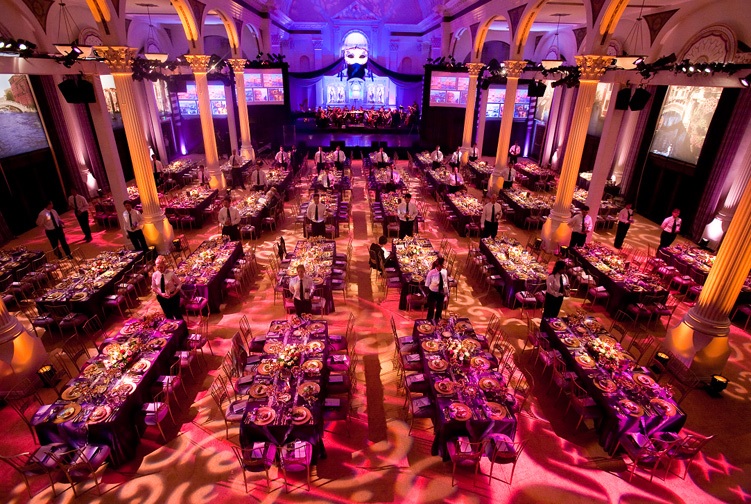 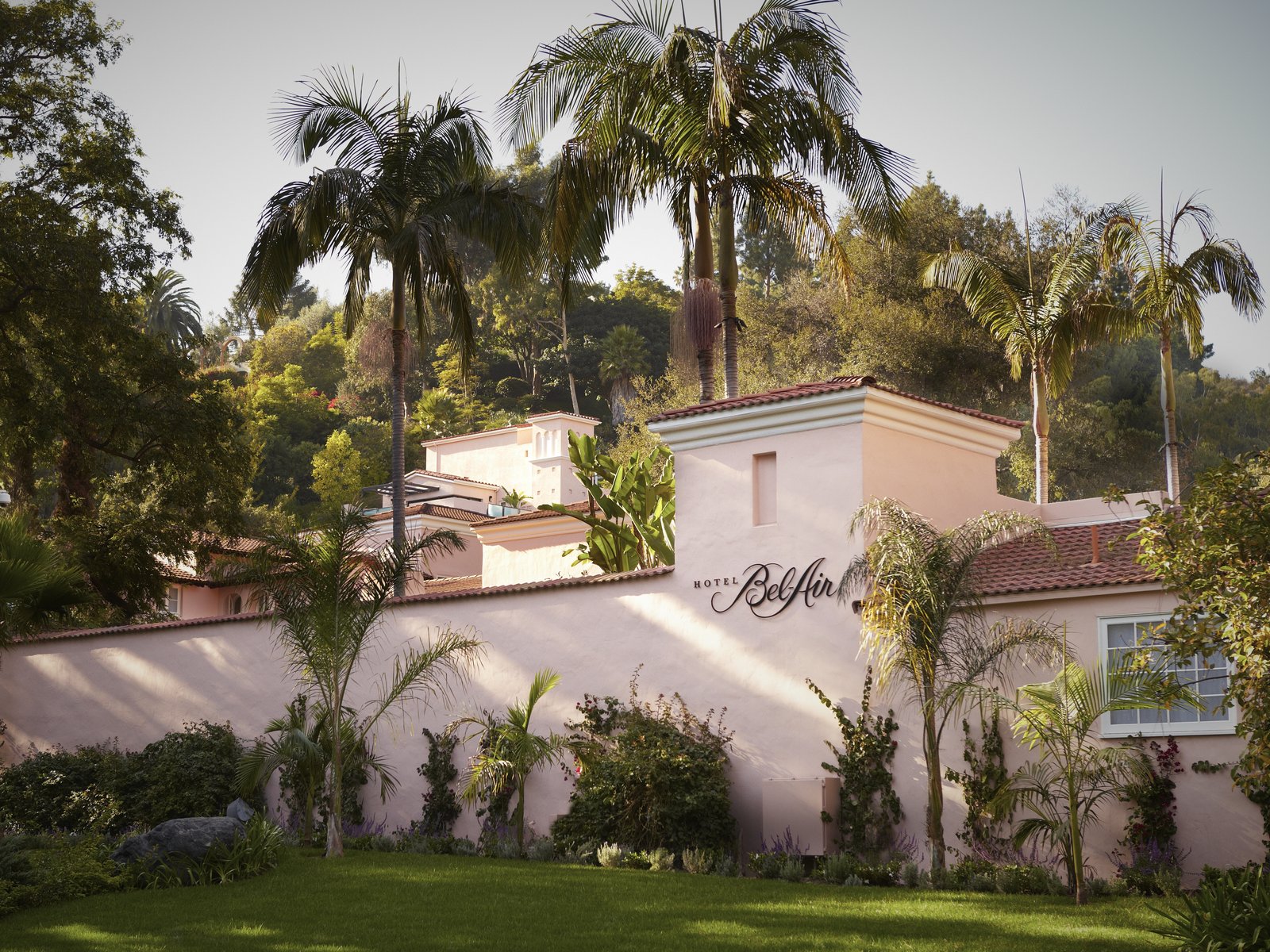 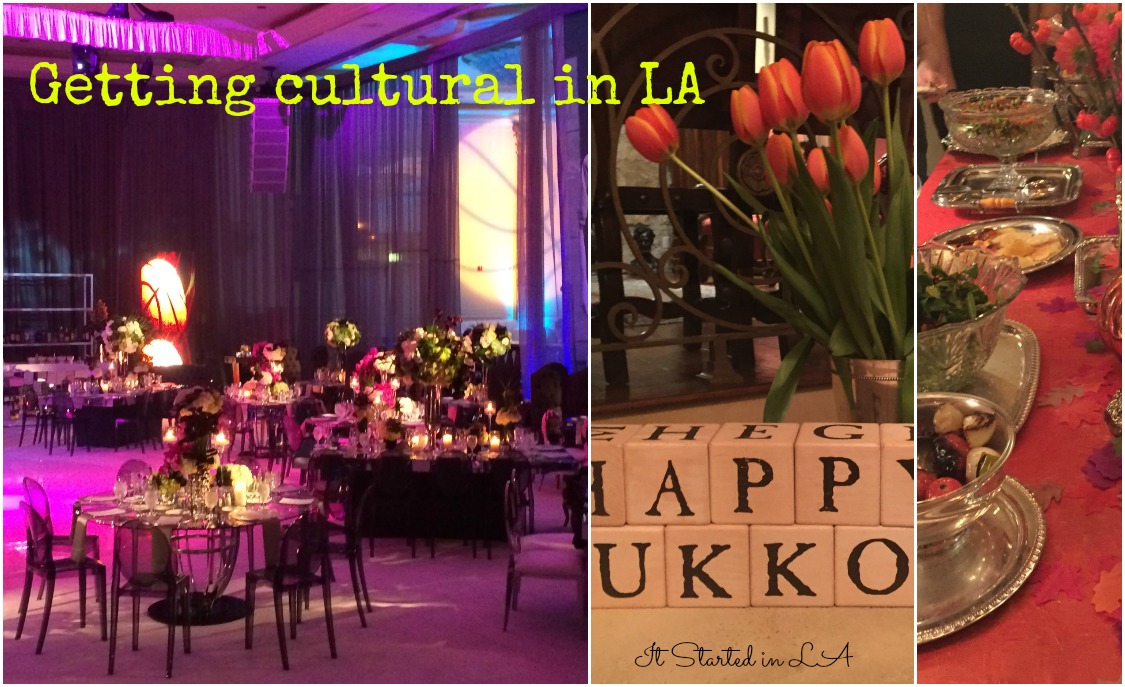 Who said we couldn’t get cultural in LA?