Like everyone in my neck of the woods, with school finishing in the middle of the year rather than the end, it’s busy, busy, busy. There are fairs, thank-you breakfasts, end-of-year events and of course big assignments and exams to study for.

Last weekend we had the Annual Fair, which was moved from the school grounds to a private party on Santa Monica Pier. Each school we’ve been to (with the kids) has had a Fair/Fiesta/Fete of some kind. They’ve all been good but last year we (I) was so shell-shocked laughing at the fact that my kids are having their fair on the Santa Monica Pier.

I never expected to be ever going back to LA let alone living here let alone having a private party on the blessed (pronounced bless-ed in place of a swear-word) Pier. This year we’re so LA that we’ve taken it all in our stride. Somewhat.

Cut back to my son’s school in Australia and the boys had to rock up to the Fiesta in full school uniform. While I can hear most of you that aren’t used to this thinking “WTF?” I can assure you it comes in very handy for three things:

His Fair was fantastic. I love the excuse to hang out with my friends (may or may not sneak in a bottle of wine) and see the kids having a great time in the safety and security of the school grounds. Equally I love the scantily clothed girls hunting in packs checking out the talent—so easy to spot those strapping boys in their school uniforms. Such is the joy of single-sex schools and the lengths they’ll go to for the opportunity to meet someone of the opposite sex (yes, I am exaggerating).

My favourite thing about the Fair would have to be the silent auction. A lot of work would go into each class donating goods & services and we’d package them all up into enticing hampers. I would spend a considerable amount of time weighing up those hampers—what was in them, whether I was getting a bargain and whether or not I could use any of the contents as Christmas pressies. I was (not surprisingly) attracted by the alcohol hampers and scored many a bargain. At the end of the day I’d walk out with us all juggling a number of hampers trying to avoid doing more trips than we needed to.

I do love a 90210 silent auction though. On offer were things like Ellen tickets, tickets to the LA Kings, LA Lakers & Clippers, tickets to the American Idol final, Teen Choice Awards, lunch with Halle Berry and the opportunity to hang out with her on set and have lunch, and meet Steven Spielberg. By far the most popular prize was the chance for 12 kids to play basketball with legendary Clippers basketballer Chris Paul.  There were so many, many more amazing prizes it was hard for me to decide where to concentrate my focus.

I did very well this year. Instead of going home juggling several hampers I went home with an envelope with gift certificates and a Bass Guitar. Did I happen to mention that the guitar was Duff McKagan’s from Guns n Roses? No? Yes, as a matter of fact it’s true.

My gift certificates were for four tickets to see Rod Stewart in Vegas (as well as a photo opp & Meet & Greet—which seems really silly seeing as I’ve already met him and didn’t have to pay for the privilege but at least this way I get to take a few guilt-free selfies). That wasn’t all, four tickets to see Britney Spears and two night’s accommodation including F&B credit and Spa credit. Score. Yep, quite the haul indeed.

I say that we’re taking Fairs on Santa Monica Pier in our stride, we are, somewhat.  But we do have to stop and pinch ourselves and shrug our shoulders and think how on earth did we land here?  Seriously, the chance to bid on amazing experiences and events that simply aren’t available to everyone—especially for most people who live outside our bubble is not something we should ever take for granted.

“That” moment for us the other night was seeing the one and only Sandra Bullock just hanging out like a normal person (yep, new bestie material). For my son that moment was when he was on the Rollercoaster with her. Only in LA could you be riding a rollercoaster on Santa Monica Pier with Sandra Bullock. Hashtag Living the Dream.

I have to say I love how swimming is done here in the US. While I love, love, love the atmosphere, school spirit and passion that goes into swimming at my kids’ schools in Australia (especially the private boys schools) I’m forced to reflect that it’s somewhat elite. And in a strange way, it’s College level here.

Back home in Australia my son had to qualify to be in the swim team where they would compete in one bigger-than-Ben-Hur event. There are a lot of fast swimmers in my son’s school—most of whom qualify to compete at state level—and his times may or may not earn him a place on the team.

Here in the US my son had a swim meet each week, a tri-comp where three schools competed in individual events and relays. The events were broken up into girls and boys, Junior Varsity and Varsity. Everyone got to participate and compete on his or her level. They got to win, lose and get disqualified. They also got the opportunity to qualify for the CIF (which is basically all the private and public schools in California) for a mega meet to finish off the league season.

My son made it to CIF and his relay team made it to the finals.  I got a kick out of lots of things–nothing more than eavesdropping all day on other parents’ conversations–but the main one was them playing the national anthem before the finals.  The Amercians’ reverence and patriotism is certainly one to be admired. 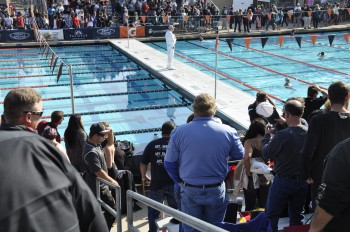 Hats off & hands on your heart for the National Anthem

The atmosphere and venue are second to none in Australia, the competition fierce but we’ll take swimming US High School style where regular, seasonal competition for your school is available.

Having said that I do wish the meets were bigger and had more of the ra-ra style cheerleaders that I expected to find when we moved here. I guess that proves you can’t have it all.

Assignments are big in Australia, exams not so much. That’s what makes it harder the older you get when you actually have to start sitting exams and you’re not used to it.

Cut back here to the US and generally all grades (in our “College Prep” school) from 6-12 sit exams. But this year there’s been a little shift, a gentle shift but a shift nonetheless.

That’s right shock horror a couple of the departments opted for a major assignment rather than an exam. I’m on the fence about this. I thought that our American experience would have them so used to exams if and when the time came to head back to the HSC (Higher School Certificate—which it is in NSW) they’d be experts and it wouldn’t be so daunting.

Alas my son in 9th Grade (a “Freshman”) has an exam for every subject except for English and my daughter in 7th Grade (she’s a “Middle Schooler” so she doesn’t have a fancy title) seems to be in the grade that they keep changing the rules for, she’s missing English and History. Last year she was supposed to start exams but they opted for only a couple of the subjects having exams. In the middle of the year she was also supposed to start exams but they opted for only exams at the end of the year. Wonder if this is the start of a trend?

So you see the end of our school year isn’t that much different to yours but it does have a 90210 twist. And that 90210 twist is what makes life that little bit exciting here.  It’s what makes the mundane bearable and the move worth it. I’m sure when we’re home in a few years we’ll look back on this time and not believe it was us.

Enjoy the rest of the week!

PS  If you’re reading this because you followed a link from Facebook why not subscribe?  Then you won’t miss a single post and you can always come back to read my posts later.  Check out the right-hand column, pop in your email address and you’re done. 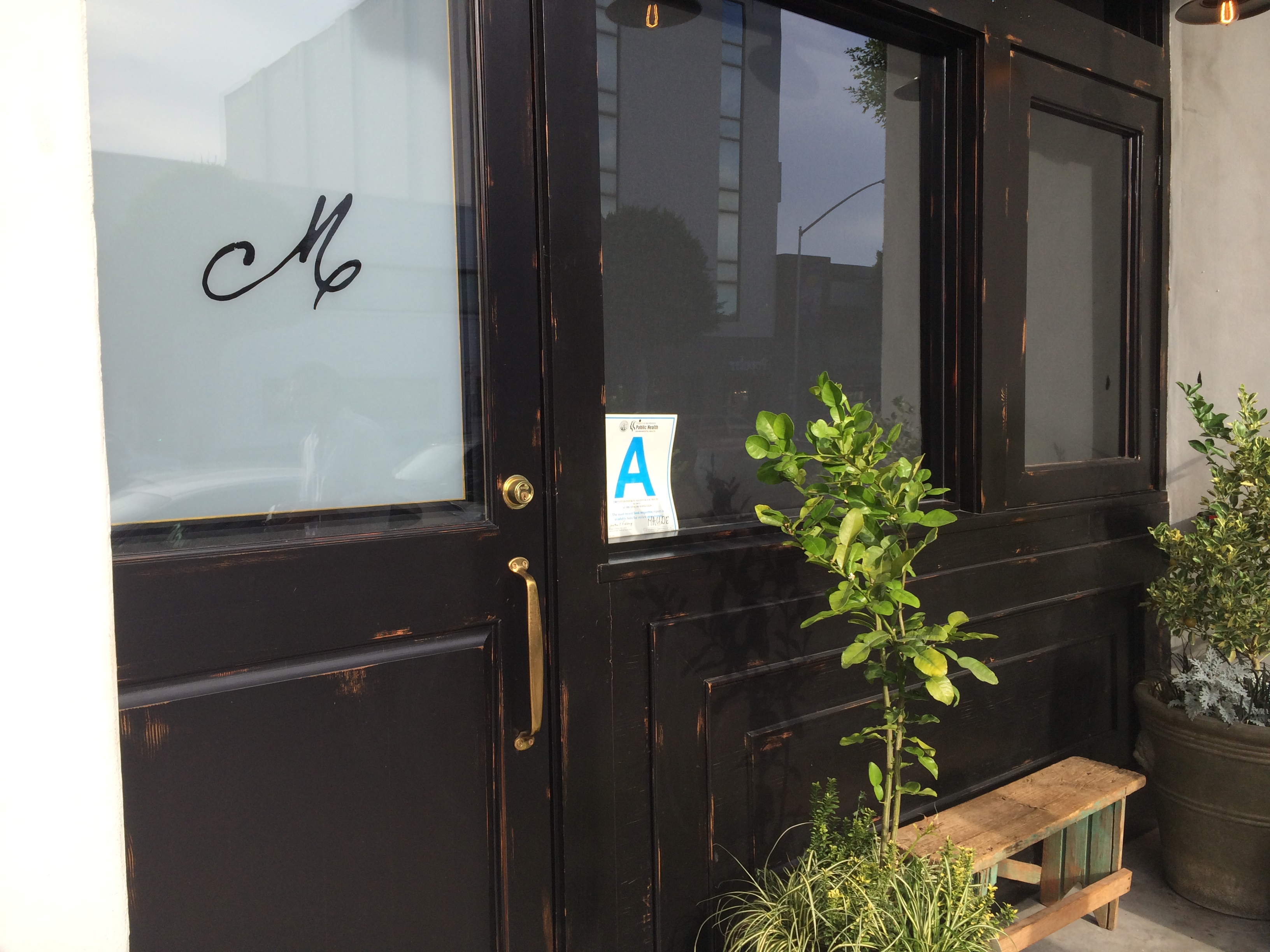 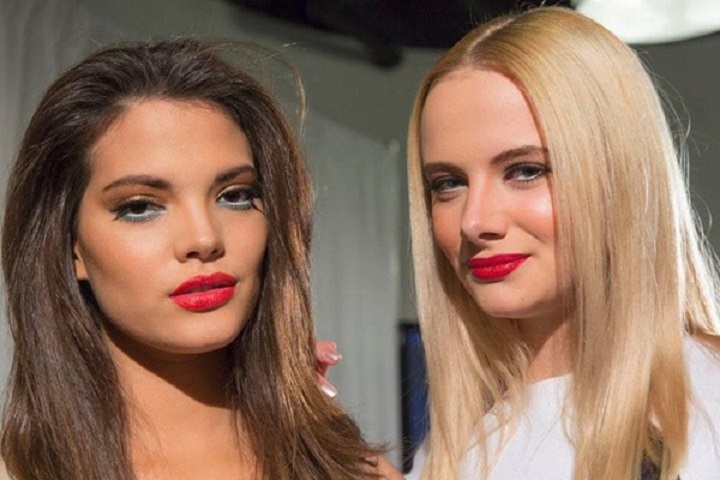 Six months in: the darker side