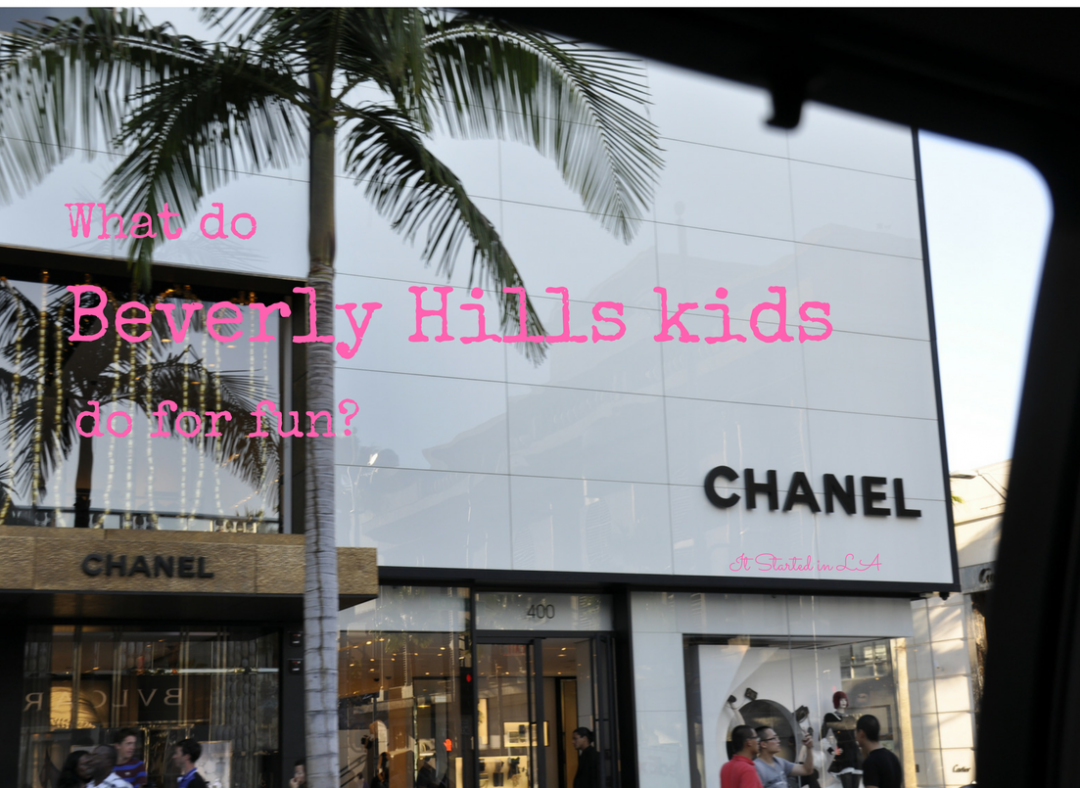 What do Beverly Hills kids do for fun?

Such a good question: what do kids in Beverly Hills kids do for fun? Perhaps we need a branch-off reality series: the Real Kids of Beverly Hills.  (Dibbs: if that comes out I want a cut of the takings).

Of course, in all seriousness, this was one of my fears: how do I raise a “normal” child in LA.  It’s true I was focussed more on the safety of “living in America” (you know? guns, mass shootings and metal detectors) but also going into a private school with many celebrity kids and alumni alike I was worried about “keeping up with the 90210-ers”.

But it’s just about the money.  In some ways, that’s the easy bit.  (If you’re relatively new to the Blog you might have missed my post on handbags & designer clothes.  You can link back to read it here.  And it might be time to freshen it up as it’s a little too cryptic in hindsight).

No matter where you live you come across some parents who are prepared to let their kids do stuff and others not so much.  Then there are those “in-betweens”.  That’s me—somewhere in-between.  When we lived in Shanghai the teenagers grew up really quickly.  With no legal drinking age, a really safe City and these people called “drivers” and things called taxis, kids start going to Clubs when they’re 15.  I was happy not to have my kids growing up in that environment (despite doing something similar at that age).  But LA is a different kettle of fish again.

Cut back to present day LA …

My 13-year-old daughter wanted to go to The Grove shopping with her own with a friend.  I love the Grove but it’s often packed, filled with tourists and very, very exposed.  I didn’t want her going without a parent lurking somewhere close by.  She’s still only 13.  Right?  Plus, I didn’t let my son start going to the larger Malls until he was 14/15.  On top of that I don’t know about you but I hate the whole “Let’s-go-hang-out-at-the-mall-today” thing.  It’s just so … eek and unimaginative and, well, even I don’t like hanging out in Malls.

Thankfully her friend’s mum was of the same opinion as me and together we poo-pooed it.  Five minutes of incessant texts asking “Why?”, “The Grove is safe”, “Now we have nothing to do” and that was it.  Radio silence.

Then, no more than 10 minutes later all was good in the world again. She was at her friend’s place having a lovely time. I got sent pics of houses and locations all over her friend’s gated community.  They both have very 90210 Segways (you know the ones without the handles?) so they went riding around, exploring.  Happy as can be.  Beverly Hills kids indeed, with a touch of my normal.

“We’re at Gwen Stefani’s house” was the next text.  “It’s so cool.”  Then, “I can’t send you a photo because there’s security watching.”

It’s OK, there’s a bit of an unwritten rule anyway that if you go to a famous person’s house that you’re mindful of what you take photos of—and what you post.  Same if you’re going to live in the same community as Gwen Stefani there’s an unwritten good-neighbour policy that goes along with that.  We’ve also had the discussion about when she goes into famous friends’ parties.  Even if they’re really, really famous! (And it kills this Blogger that she can’t write about them).

Still on Gwen Stefani, my friend—her friend’s mum—drives the same car as Gwen (not me LA Gwen, Stefani Gwen).  One day, back when speculation was rife surrounding her relationship with whatsis-face-Blake-country-dude she was coming out of her community, was going to turn right, hesitated and instead turned right.  She thought nothing of the car following her except they were travelling at some speed.  When she got to the traffic lights she saw the driver with a long lens on their camera.  One solid look at her and the camera went down and it was back to see if they had missed the real Gwen coming out.  Poor Gwen.

I do love seeing the paparazzi, it makes me feel like I live in LA.  Remember when I hadn’t been here that long and I had my brush with the paps courtesy of JLo?

But the converse of that is feeling sorry for people like Gwen who, apart from the sanctity of her home, can’t escape the attention.  I wrote about how since I arrived in LA I’ve changed my opinion of celebrities and how I don’t believe we have a right to judge them I got a bit of heckling back.  The argument is when you put yourself out there and make money from being in the spotlight then you are asking to be scrutinised.

I don’t think so, I think it’s two very separate things.  You can be curious (like, let’s face it we were with Gwen Stefani) but you don’t have a right to be part of their lives and intrude in a sanctity that is their privacy.  My humble opinion.  (And don’t give me that shit about they became a singer or actor to get celebrity; very few people I know actually think like that and their “celebrity” often catches them off guard.)

I have a friend who is very successful, he has a great Instagram account and understands that his money is made from the people that support and buy his product.  What upsets me is when people start being nasty.  And do they ever let loose.  Being out there in the spotlight is like a target to the power target.  People feel fine commenting on someone’s social media accounts because they don’t have to say it to their face so they feel protected.  For some reason, if you’re a well-known identity or celebrity—or you put yourself out there like I and many other Bloggers do—then it’s OK to say whatever you like.  Like nasty comments won’t hurt them.  The more famous you are doesn’t automatically mean you get an extra layer of protection to stop getting hurt by what people say about you.  NO MATTER HOW FAMOUS.  And, by the way, sometimes you get even more sensitive.

So, yes, I felt for Gwen Stefani.  I love whenever I visit my friends seeing the tour buses stopping at the front—we often wave to them even when they get in our way!  It’s part of living where we do in LA.  And part of how this Blog started.  And it’s fun to get a glimpse of the paparazzi waiting for some action.  Again, it’s part of living in LA.  But, it’s also good to stop and reflect on the reality of those people being there means to some.

Oh, that also answers the question are they all looked after by Nannies.  Most of my kids friends aren’t; only a small handful are.  And even then their parents are very hands-on and connected.  And only a couple of them have Bodyguards.  (Just thought I’d throw that in there for you to see if you’re reading along).

But where was I?  Oh yes, what Beverly Hills kids do for fun.

On the other side of town my son was hanging with a friend.  Collectively he and two friends are obsessed with Garlo’s Aussie Pies, an Australian pie shop here in LA.  On my way to dropping my son I needed to go to the ATM.  To get to the ATM I have to drive right past their shop so I suggested we pick up their pies.

“No, you can’t do that mum, we’re getting Postmates.”

“Oh, you’re not getting Garlo’s anymore, you’re getting something else.”

“But we’re getting Postmates.”

If you haven’t worked it out Postmates is “Uber for food.”

It’s the app of choice for 90210 kids who need something to eat and whose parents are happy to pay the $4.99++ delivery fee—plus tip.

When it first launched in LA kids were ordering $3.99 Frappuccino’s from Starbucks and paying $4.99 to have it delivered plus tip.

And my daughter wondered why I wouldn’t let her do it.

“$10 for a Frappuccino to be delivered?  Are you aware there are refugees trying to flee Syria right now and countries who still don’t believe girls should be educated?” is my catch-cry du jour.

Fortunately, we’ve stopped having the Frappuccino battle and I think I’ve even relented once and paid the delivery fee for take-away (take-out) one night.  But I also don’t really need to when we still have old-fashioned take-away services where restaurants deliver for free.  And I still don’t have to resort to Domino’s or Pizza Hut.

Yes, so speaking of Uber, that would be the main form of transport of the kids these days. Even for my kids. It’s actually really convenient and great value.  I still like getting in the car and driving them–let’s face it it’s how you get all the gossip–but when the LA traffic is going to get the better of you, I find it more than OK.

Taking it possibly a bit far is the kids who book an Uber to pick them up from school.  And, there are also those kids who Postmates themselves after school.  (Note to self: check if they do it at lunch time).  Oh the things money can buy; and here’s me thinking you can use money for good.

And, to answer the private jet question, yes a couple of our friends regularly travel in private jets. There could be more and others I know have done on an ad hoc basis.  My daughter has been invited more than once  (unfortunately for her she couldn’t join them) and I’m not sure I’ll ever score an invite but hey, it’s LA so you never, never know.

What’s going on in your part of town?  What do your kids do for fun?  Are you happy with what they do or do you have to step in and play bad cop?  Would love to hear all about it. 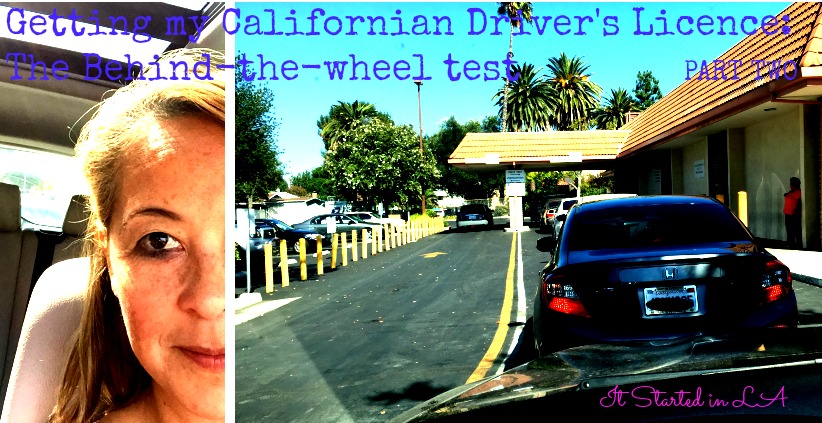 Getting my Californian Licence—part two (behind-the-wheel) 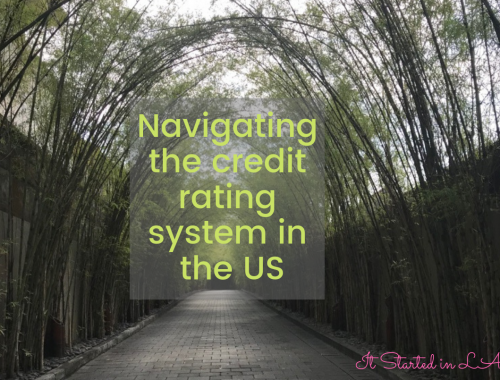 Building your credit history in the US 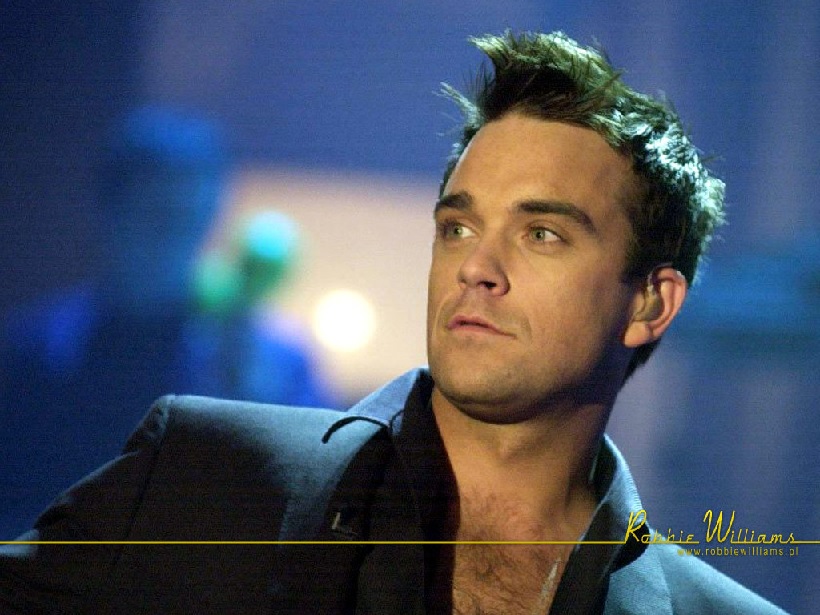 Fact or Fiction: I met Robbie Williams at our local Starbucks