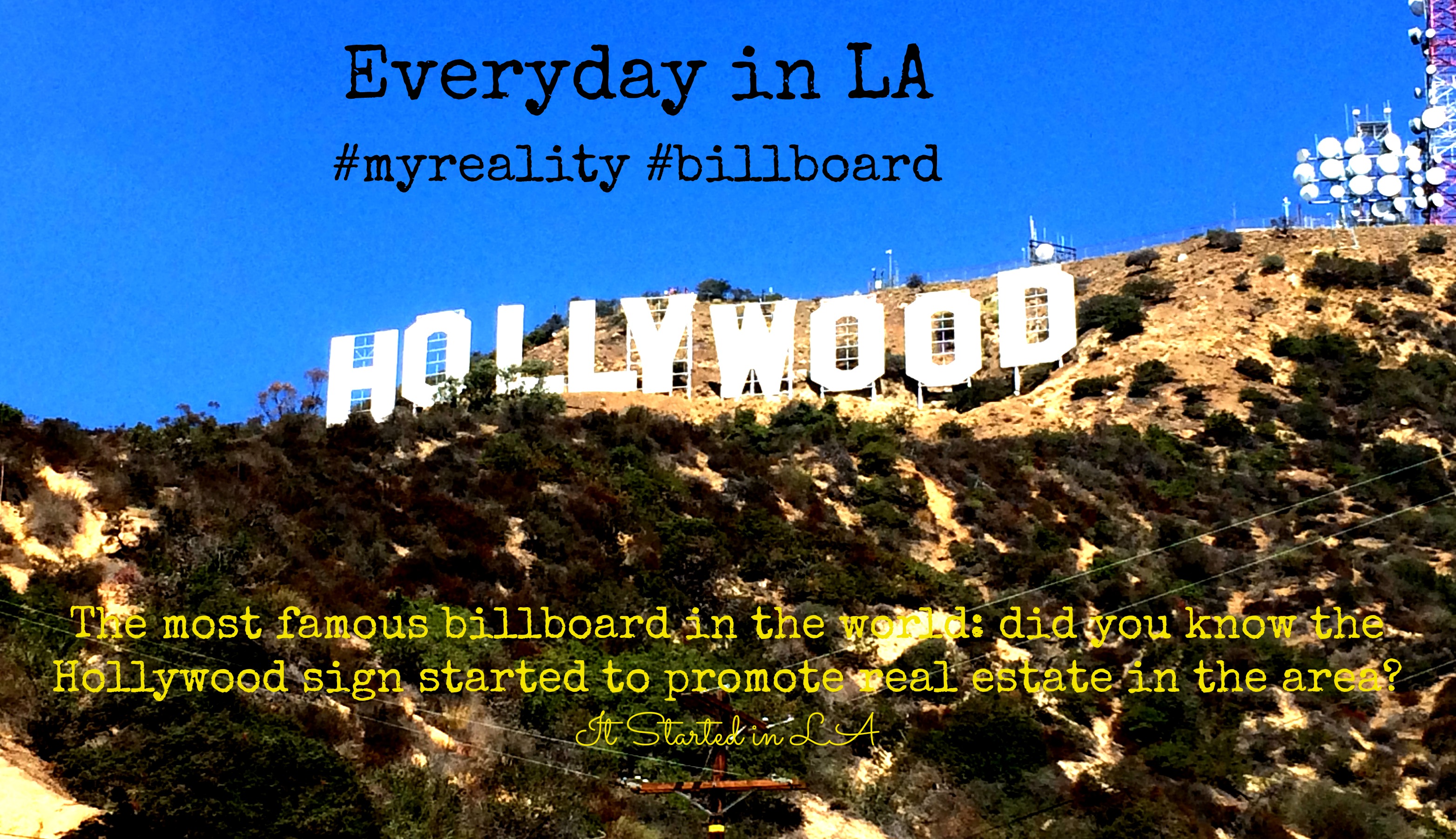 I mentioned last week that I’m part of one of those photo-a-day projects on Instagram (follow me I’m @itstartedinla).  We were given a word per day and we had to capture that through a photo and post it. 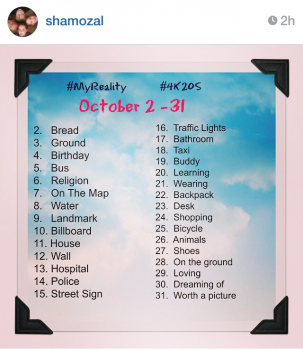 Pics to post in October | It Started in LA | itstartedinla.com

Living in LA is almost like cheating–especially where I live.  It’s no hassle to drive down the road to take a photo of the Beverly Hills Police Station.  Or tempting not to go all cliché and take a photo of the Sunset Boulevard sign with Palm Trees in the background for “streetsign”. 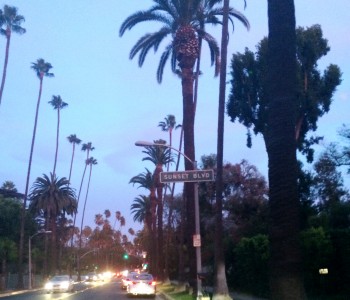 On my way home, heading past Sunset along Canon Drive, Beverly Hills | #myreality

Until yesterday when I had to take a pic of “wearing” and instead of getting a chance to show off a cool outfit I’d found all I was “wearing” were pyjamas and a throwrug (still fabulous though) from Pottery Barn because I’d been feeling under the weather all day and spent the morning in bed and the rest of the day on the couch.

(Interlude time for two things.  1) a day on the couch is absolutely unheard of for me and 2) under the weather here in the US does NOT mean hungover, it means you’re feeling sick.  I love being able to use “under the weather” when I’m not hungover–I feel like a grown-up).

I say this not because I’ve had such a fun time being challenged by what to post, and seeing what everyone else posts in their little pocket of the world but because I just found a new person who was going to post her “day in a life”.  Throughout the day she was going to say what she was up to and invited people to join in with her under the hashtag #ondayhh.

That got me thinking about an actual “day in the life” of … ME!  I’m going to pick a day next month and do the same thing.  It would be fun if I had people to do it with (it’s always more fun with company).

My yesterday didn’t really have any content to work with.  I got up still feeling poorly, Mr H did the kids morning duty (you know? acting like the Sargent major checking their list of things to pack–lunch, homework, swimming gear, tennis gear, snacks) then getting them to the front gate in time for carpool to pick up; then I went back to bed and slept til lunchtime.  No one wants me to post about that.  I did go out and watch my daughter play tennis but when I got back home it was a quick reheat of leftovers then to the couch to watch Survivor then early to bed straight after.

(Don’t even get me started on Survivor except to say be gone with you Missy and Baylor.  Growl.)

Yesterday the kids had the day off school so it was an opportune time to head down to Disneyland–with other local kids at school it’s typically not as crowded.  Except yesterday but that’s another story.  It’s a bit of a trek to get to Disneyland so you have to muster up all you’ve got to go–especially when you’re feeling poorly and all you really want to do is spend the day in bed.

On my first trip a friend told me the best way to get to Disneyland from 90210:

(See my post about how Los Angelinos love to talk routes).

Sounds like a skit from Saturday Night Live (or rather my Sitcom). That might sound like gobble-de-gook to you but just to prove I’m acclimated I understand all of it.  The highway system here is pretty amazing (when you’re moving) and the connections are even better (again when they flow).  The instructions are essentially which freeway and exit to take.  I start on the 405 going south (which is the San Diego freeway), take the 105 exit east, follow it til the 605 south and so on.  There is a carpool lane the whole way and there is even an exit from the carpool lane on the 5 south so you don’t have to cross five lanes of traffic.

My word for the day was shopping so all I could come up with a pic of  the Disneyland shops.  Not bad. 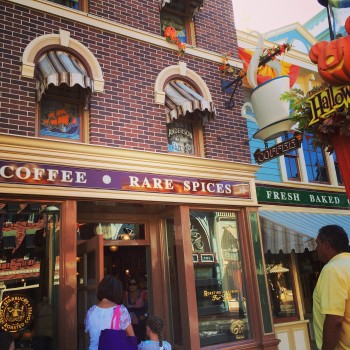 My shopping reality was souvenir shopping at Disneyland | itstartedinla.com

I went with a couple of friends from school and I caught myself a couple of times chuckling at our conversations.  The breadth was everything from the typical school gossip to celeb gossip.  I still get a kick out of the fact that we’re living amongst all these people.  Most of the gossip is direct it’s like we’re talking about our mates.  In many cases we actually are!  Funnier than that though was all the talk of “work” people had got done over the years.  Part of my acclimation, you may recall, is that I don’t judge and now that my world has grown smaller I never diss anyone because it could easily come back to bite me.

But I am constantly surprised by the amount of work people have done.  Most of them are beautiful enough and some of them drastically change their appearance.  Others (we’ve seen the trash mags) get it so wrong no matter how much they’ve paid.  Self-esteem issues aside being able to get work done seems to be another sign of showing you can afford to alter or enhance your looks.  You’ll know I’ve made it when I can afford to get my lipo done (and have the courage to boot!).

Regardless of all this our days–no matter where we live– are all similar in many ways.  We get ready for our day, we do what we need to do through the day and we congregate back to home base at night, then head to bed and start the process all over again the next day.  It’s what we do with our days (the in-between bits) that makes it all worthwhile.  Regardless of what country we live in.  And it’s all about our attitude to how we do things that determines if we feel fulfilled or otherwise.  No matter where we live or what our circumstance.

And so my friend the UK Desperate Housewife in Washington has asked me to contribute to a book she’s writing about how NOT to be a desperate housewife.  Without giving too much away (I’ll share excerpts of what I said with you when it comes out) it is all about your attitude to day-to-day with a sprinkle of opportunism that makes your days great rather than mediocre.

If you haven’t already follow our journey by searching the hashtags #itstartedinla #myreality or #4k20s.  I also set my pics up as an album on Facebook if that’s more your thing.

Stay real, enjoy who you are and keep smiling.

20 suitcases and a beaglea day in lacelebrityDisneylandFour kidshow to get to disneyland from beverly hillsmyrealitysurvivorUK Desperate Housewife of USA
October 26, 2014 by ItStartedInLA